Back To Advisory Services - Energy Assets

Drake Landing Solar Community (DLSC) is a community of 52 R-2000 homes in Okotoks, Alberta, that have been heated almost exclusive by solar heat since it began operation in 2007. Initially, J.L. Richards & Associates Limited (JLR) was  active in the development of the initial concept design, selection of technology and key products, the detailed design of the Energy Centre building, and construction administration. On an ongoing basis since operation began in 2007, team members of JLR’s Innovative Energy Department have been responsible for monitoring the system performance and contributing to multiple performance improvements, including addition of rooftop photovoltaics on the Energy Centre to provide the bulk of the electricity required to operate the system.

DLSC functions by collecting solar heat during the summer, storing it in the soil and rock beneath a corner of the neighbourhood park – using a network of 144 closely-spaced, geothermal-style boreholes – and then supplying this heat to the homes via a network of insulated piping throughout the winter. Each home is equipped with forced-air heating, using an air handler, rather than a furnace. The water from the borehole field is so warm – up to 80°C in autumn – that no heat pumps are required, thus yielding an annual average coefficient of performance (COP) of greater than 20.

DLSC has achieved its design goal of supplying more than 90% of the heat from solar energy, averaging 96% in recent years. This was the first inter-seasonal thermal storage project in the world to exceed 60% and was winner of the overall Energy Globe World award in the “fire” category in 2011. 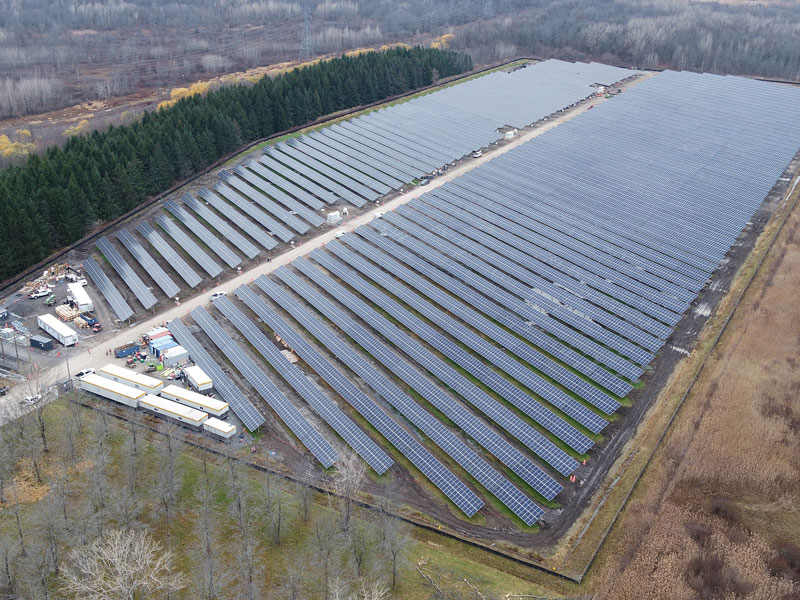 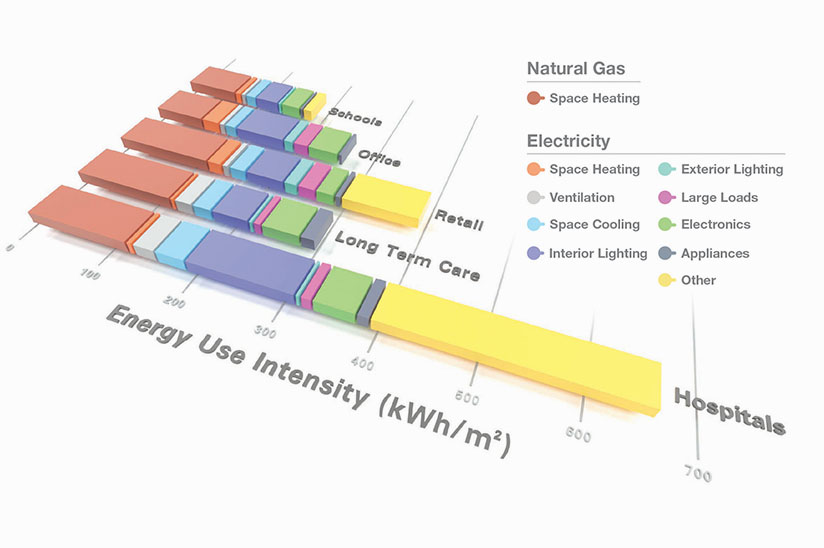 Energy Use Intensity Study for Commercial and Industrial Buildings