Back To Energy & Carbon in Buildings

Building B on Canada Post Corporation’s (CPC) Ottawa headquarters campus was damaged by a fire in 2017, resulting in a required renovation. JLR, as a subcontractor to Tiree, provided the architectural and complete engineering design services to the project. As part of the project, the renovation needed to consider energy efficiency and sustainability wherever practically possible. Specifically, JLR’s Energy Systems team was tasked with proposing and evaluating means of reducing the building’s carbon footprint and energy consumption.

The baseline design for the retrofit included a reasonably aggressive energy savings package to replace existing windows with modern double-glazed units, increase the wall insulation, greatly improve the sealing of the building envelope, and replace all mechanical equipment with current products. The roof was in good condition and relatively new so was to remain untouched throughout the renovation. An energy model of this baseline design was completed, indicating that energy consumption of the retrofitted building would result in annual utilities costs 28% lower than when the building was in normal operation prior to the fire (based on comparing the model to utility billing during 2016/17).

JLR energy systems engineers further developed three alternate packages, with design variants that included a rooftop solar power system, improved envelope, solar-heated ventilation air, and ground-source heat pumps. Building energy modeling and lifecycle cost analysis was undertaken for each package, with inclusion of the cost of carbon as a variable. Package varied in the magnitude of added capital costs, but all had a positive IRR, with a range between 5 and 13%. Results were presented to CPC and Tiree staff, both in a written report and in face-to-face meetings. The final package included solar-heated ventilation air as shown in the pictures.

Other Energy & Carbon in Buildings Projects 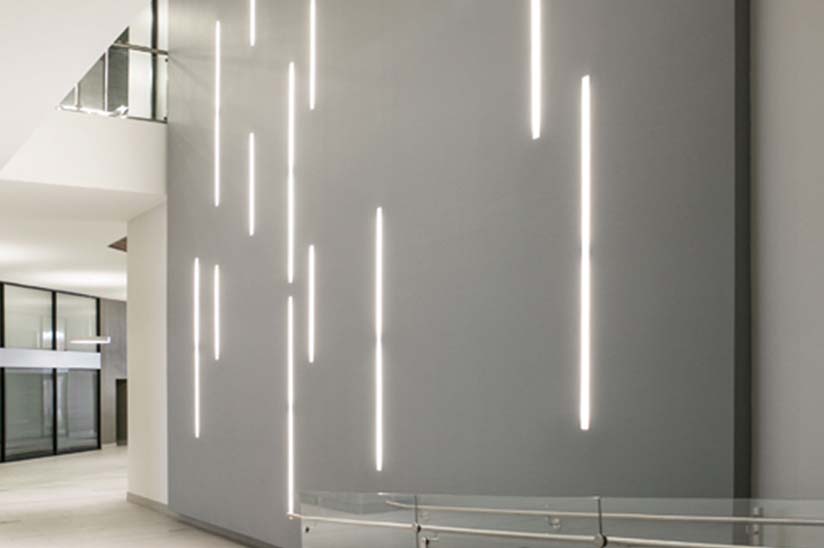 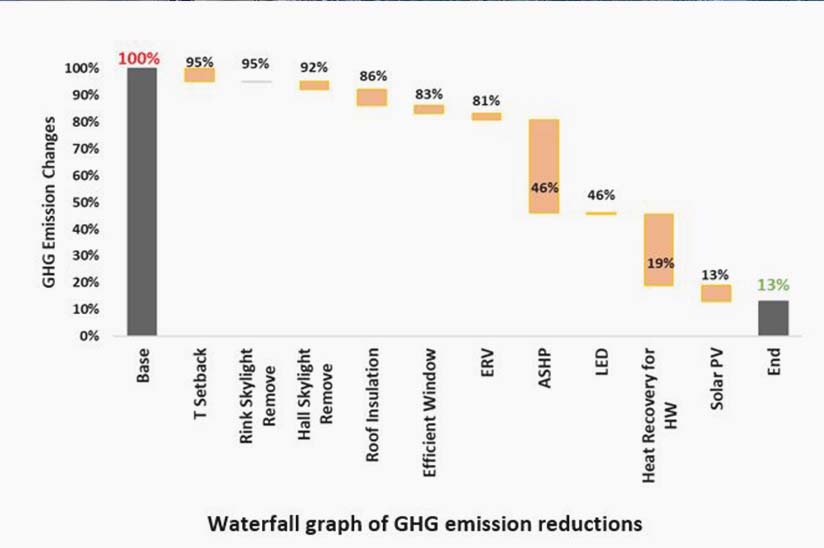 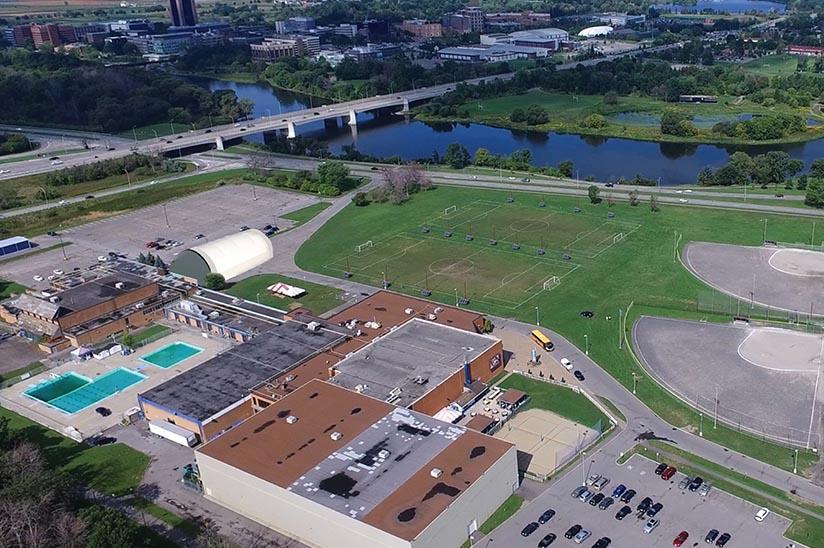