JLR was retained as the Prime Consultant for the Manotick Watermain Link (MWL) Phase 1 and North Island Link (NIL) project. This project represents the first phase of the City of Ottawa’s (City) long-term plan to improve capacity and redundancy of water supply across the Rideau River to the areas of Barrhaven South and Riverside South, while also improving the reliability of supply to existing customers in the Village of Manotick.

The MWL (Phase 1) and NIL project consists of close to 2,500 m of 600 mm transmission watermain from the termination of the existing main within the Riverside South Community and along River Road south to Walter Upton Collins Park. From there, a 319 m long horizontal directional drilling (HDD) crossing (in bedrock) under the main branch of the Rideau River was constructed to bring the main onto Long Island. A second 304 m long HDD crossing (in bedrock) brought the transmission main under the “back channel” of the Rideau River to its connection to the existing 406 mm main on Rideau Valley Drive.

The project also included over 250 m of 406 mm and 320 m of 305mm watermain along McLean Crescent and Barnsdale Road, and close to 600 m of 150 mm watermain on River Road and Barnsdale Road to allow for the possibility of residential water service connections within the Urban Boundary, as individual connections to the 600 mm transmission main are not permitted by policy.

This project was exceptionally complex, requiring a comprehensive design and coordination effort. The two trenchless crossings under the Rideau River presented a considerable degree of risk. The selected trenchless method was HDD through the bedrock with conductor casings driven through the boulder till overburden. This required that the HDD crossings be carried out using the “intercept method”, where pilot holes are drilled through the conductor casings from both sides of the crossing to intercept each other along the bore path to form a continuous pilot hole. Backreaming and pipe pulling then proceed according to more “standard” HDD methodology. 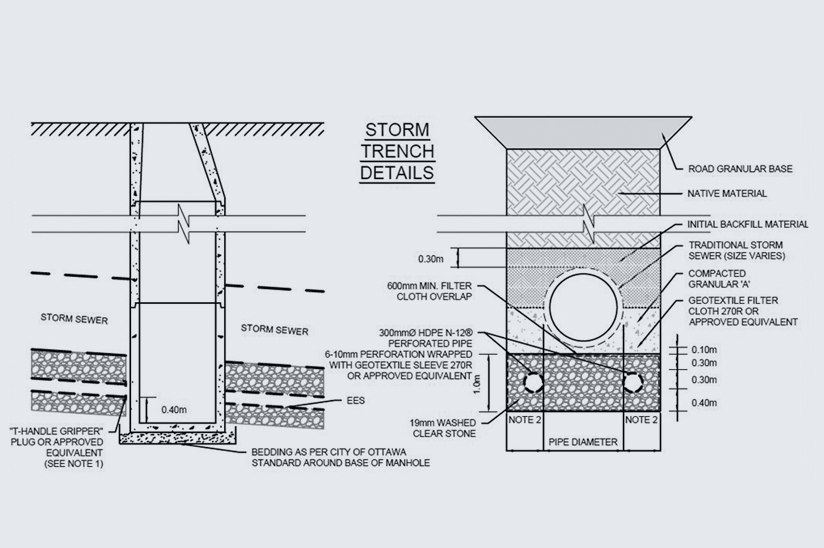 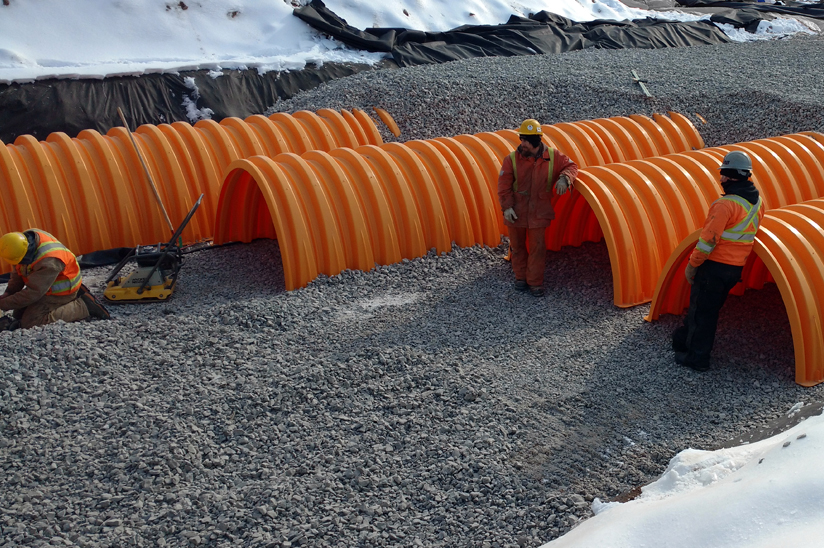 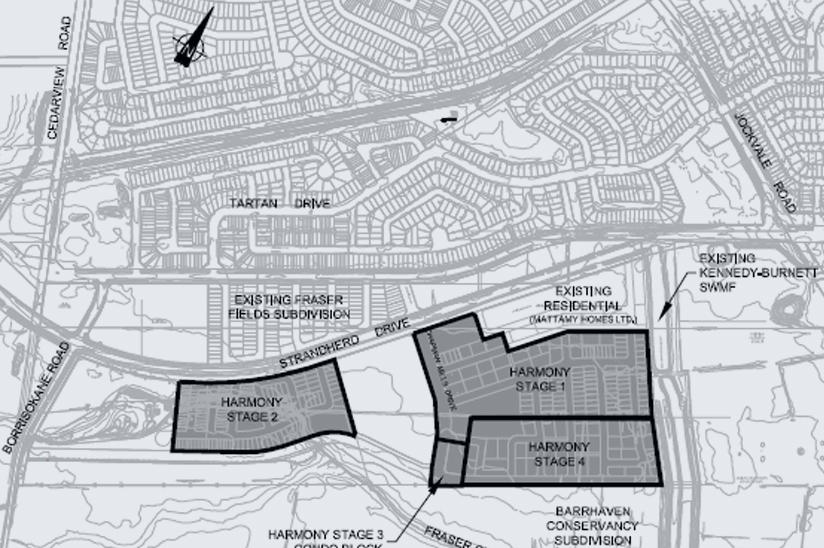 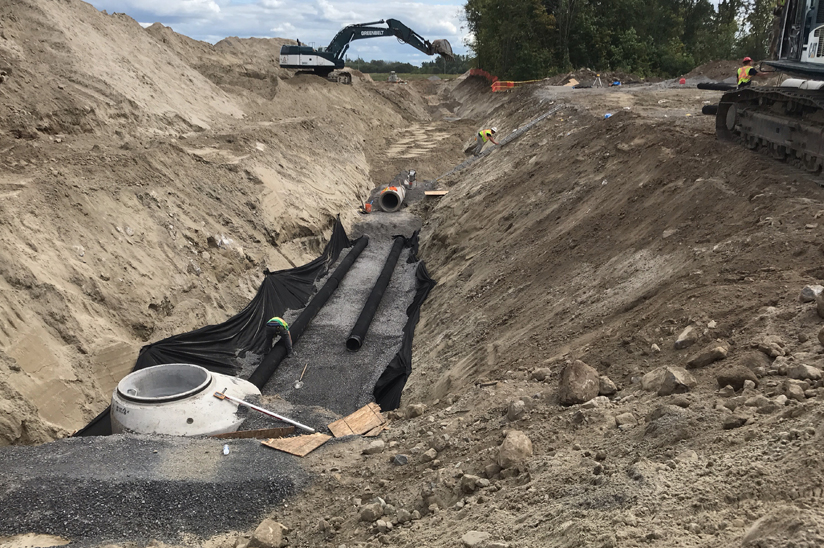